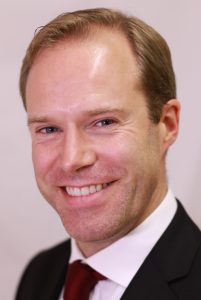 Thomas is an outstanding bass-baritone, graduated from the Guildhall School of Music and Drama who brings some true style and sophistication to the singing waiters act!

Since graduation with distinction in 2009 he has performed the title role in many opera productions including Rossini’s Il Signor Bruschino for British Youth Opera and Marcello and Schaunard in OperaUpClose’s Olivier Award-winning La Boheme at the Soho Theatre.

Highlights of his concert work include The Messiah with the Cyprus Symphony Orchestra in Nicosia, the song project Lads in their hundreds directed by Iain Burnside at Kings Place and on BBC Radio 3, in which his contribution was singled out by Opera Now magazine as ‘a tour de force’, and Ives’ General William Booth enters the Kingdom of Heaven with Sir Andrew Davis and the BBCSO at the Barbican Hall. Other oratorio repertoire recently performed includes Bach’s St John Passion, Cantata 140 Wachet Auf and B minor Mass, Rossini’s Petite Messe Solonelle, and Haydn’s Nelson Mass. He has also sung with the Mark Morris Dance Company on their 2009 UK tour performing Schubert lieder at venues including Sadler’s Wells, Cardiff’s Millenium Centre and Snape Maltings.

A talented baritone such as Thomas is the perfect compliment to complete a trio act of soprano, tenor and baritone.

Fiona my wife was blown away. I had 3 ladies ask me to arrange their birthdays for them. Words like 'Out of this world', 'Wonderful'! I would recommend this duo to anyone holding a party.

"We all want to say that your performance was simply fantastic & outshone any expectations I personally had. Learning & performing those extra requests was so very appreciated. Hopefully you might add them to your repertoire as you preformed so well. Thank you so so much. I’m sure you hear it all the time but you truly made the wedding even more memorable & will be talked about for many years to come. Again a truly heartfelt Thank you!"

"Thank you very much. Everything positive. Great voice, good repertoire, nice sense of humour, really engaged everyone. So pleased you connected with Lyndon (15 year old great nephew). Life is not easy for him and he was so happy yesterday. It was a very good day for Linda and John and everyone there. Lots of positive messages. Thank you."

“I want to say a very big Thanks to you all, for your wonderful performance at my husband’s birthday luncheon. Like the song you performed’ Some Enchanted Evening’ – it was an’ Enchanted Afternoon’ of beautiful voices, songs and music, bringing much happiness and ‘tears of joy’ to our guests. You enhanced our afternoon, you were the icing on the cake, you made the day. On behalf of my husband, and all our guests, thank you so very much. Kind regards and best wishes to you all”